Growing the King of White Grapes 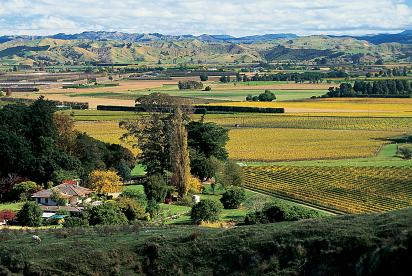 Historically recognised as one of the ‘fruit-bowls’ of New Zealand, the region’s golden climate produces citrus, stone-fruit, kiwifruit, avocados and a wide variety of vegetables including tomatoes, sweet corn and green leafy vegetables of every type.

This temperate environment with kind spring rainfalls and a long dry summer, combined with both alluvial and heavier clay soils, enables dry farming of a wide variety of grape varieties, but perhaps most notably, chardonnay, for which Gisborne has long been famous.

The cool fresh sea breezes in the height of summer preserve chardonnay’s natural acidity and tropical fruit flavours while the fine clay and silt loams lead to full flavoured aromatic wines with the maritime climate contributing a haunting saline quality.

With young soils exhibiting vitality streaming off a backbone of limestone and other younger bedrock of sedimentary deposits this gives an expression of defined fruit, from the sediments, density or fatness from the heavier clay soils and a skeletal structure from calcium. 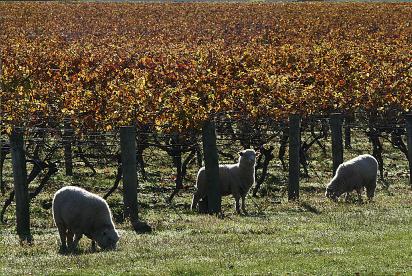 Early hints of a positive wine future for Gisborne began to surface in the late 1950s. Wohnsiedler’s Waihirere and Ormond wines were household names among New Zealand wine drinkers, and the wines of Frank Chitty, John Vita and Antonio Zame were enjoyed within the region, writes Sheridan Gundry in A Splendid Isolation, a history of Gisborne 1950 to 2012.

More than a century beforehand, in 1840, Reverend William Williams is believed to have planted grapevines as well as fruit trees at the Kaupapa mission station, Manutuke. French Marist missionaries Father Lampila and Brothers Basil and Florentin settled and planted grapevines near Muriwai in 1850 after mistaking the coast of Turanganui for the Hawke’s Bay destination they eventually reached the following year. Father Lampila returned to Gisborne in 1852 to find their vineyard bearing a small crop of well-ripened grapes from which he made wine for altar purposes.

In 1921 – when wine production was largely confined to west Auckland and Hawke’s Bay – 42-year-old German immigrant Friedrich Wohnsiedler began planting grapes for what was to become the region’s first significant commercial winery. The Wohnsiedler family lost control to Montana Wines by 1973.

Whereas wineries had traditionally grown their own grape requirements, from the mid-1960s large companies began contracting landowners to grow grapes on their behalf, providing vines, advice and financial assistance in return for guaranteed access to fruit.

Needing Gisborne’s volumes to expand, Montana and Corbans offered generous prices. Growth was rapid. Within four years, Gisborne’s 67-acres of vineyards of 1965 had grown to 650 acres. The boom was just beginning.

The predicted arrival of vine-sapping phylloxera slowed the expansion. Phylloxera was confirmed in the mid-1970s but did not manifest itself to great effect until the early 1980s. In one year, Montana’s harvest dropped from 13,000 to 3,000 tonnes. In 1982, grape production in Gisborne – then New Zealand’s largest vineyard region – dropped by 40 percent.

Gisborne’s vineyard changed for the better from 1986 when about 600ha – a third of its planted area – was uprooted in the Vine Pull, the government’s response to a national wine glut and price war.

Although seemingly disastrous at the time, the Vine Pull enabled timely expansion of a higher-quality wine industry in the region as premium grape varieties replaced old hybrids.

Meanwhile, smaller boutique wineries were forging a name for themselves from the late 1970s – notably Matawhero Wines, and The Millton Vineyard – and winning national and international awards with single-vineyard wines. These successes and excellent smaller-volume wines being produced by Montana, Corbans and Villa Maria helped partly rid the district of its bulk-wine infamy from the late 1980s.